How to Move: Walk Off Heart Disease 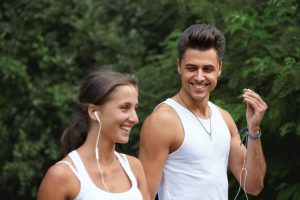 Thomas Yates, from Leicester University (United Kingdom), and colleagues observed 9,306 adults from 40 countries with impaired glucose tolerances (IGT), who were at a greater risk of developing cardiovascular disease. The subjects used a pedometer to record their walking activity (average number of steps taken per day over a week, both at the start of the study and one year later).The researchers found that participants, who were already involved in some kind of physical activity at the start of the study, had lower risk of cardiovascular diseases.

However, the risk was further reduced when people engaged in extra walking every day during the observation period. Walking 2,000 steps a day (20 minutes of moderate intensity walking) in addition to regular physical activity can help lower the risk of heart attacks and stroke by 8%. And the investigators submit that 4,000 extra steps each day (40 minutes of moderate intensity walking) confers therapeutic cardiovascular effects similar to that of consuming a statin a day.

TEDBits (Dr. Ted says): “Walking two miles continuously everyday is a standard prescription that I give to all of you. In this study, walking 2000 steps a day in addition to your regular physical activity lowers heart attack and stroke risk by 8%. Doubling the steps to 4000 equals your daily statin dose!”