Fecal Transplantation Is The Next Big Thing In Medical Treatments 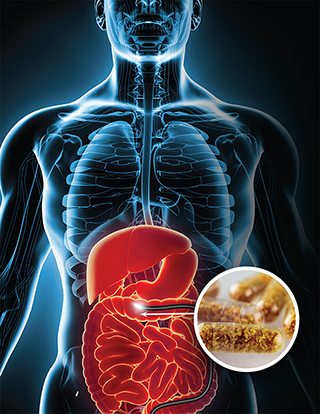 The world’s most prominent microbiota expert is coming to Manila to discuss what could be one of the most promising solutions to disease: human waste.

Recent years have seen fecal transplant, or formally Fecal Microbiota Transplantation (FMT), becoming an emerging procedure in the medical field, which basically involves transferring a healthy individual’s gut bacteria into a sick person’s colon. This may sound surprising to some, but more and more studies reveal the role of gut microbes—including those in human waste—in treating various health conditions, from gastrointestinal problems (ulcers, irritable bowel syndrome, etc.) to non-gastrointestinal diseases such as diabetes, liver disease, allergies, obesity, and autoimmune diseases, among many others.

Simply put, a healthy gut is revealed to play a role in both the cure and prevention of such diseases, making the demand for the FMT and other advanced gut health diagnostics and treatment surge across the world in the past two years.

Addressing gut health for disease prevention and optimization makes sense with the understanding that the gut makes up 70 percent of our immune system. Its thousands of diverse bacterial species are responsible for deciding which substances we consume or gets into our body will be absorbed or secreted—protecting us from infection and regulating our metabolism. A leaky gut would have fewer strains of good bacteria to do such a job, thus the current popularity of FMTs. “Today, we can already look into a person’s overall gut health and clearly see if there are bad bacteria in your gut or if you lack good bacteria in it that causes you to get sick, become obese, and more,” says Dr. Ted Achacoso, a prodigy doctor who is European double-board certified in Nutritional Medicine and Anti-Aging Medicine and heads BioBalance Wellness Institute in the Philippines.

The state of your gut says so many things about your entire body.

EFFECT ON MOODS AND AGING

“Approximately, up to 100 trillion microorganisms per human body colonize the intestinal tract making an additional acquired organ that provides many vital functions to the host. A healthy gut microbiome can be defined by the presence of the various classes of microbes that enhance metabolism, resistance to infection and inflammation, prevention against cancer and autoimmunity, and that positively influence so called brain-gut axis,” states a study in the Journal of Physiology and Pharmacology 2015 co-authored by Dr. Peter Konturek, considered the world’s most prominent microbiota expert. The study further discusses the correlation of gut health to people’s behaviors, moods, and aging, among others, only putting more emphasis on the importance of a healthy gut.

THE WORLD’S GUT EXPERT IN MANILA

Dr. Peter Konturek, the world’s expert on gut health and FMT, has been thriving as a Professor of Internal Medicine and Gastroenterology at the University Erlangen-Nuremberg in Germany and the Head of the Department of Internal Medicine at the Thuringia Clinic Saalfeld. BioBalance Wellness Institute, a major proponent of health optimization and gut health in the Philippines, is bringing Dr. Konturek to Manila this month for a medical lecture. The lecture intends to impart knowledge on scientific advances on the gut microbiota’s influence on health and disease in the hope of expanding the knowledge and influence enthusiasm among medical practitioners and patients. BioBalance has been offering its clients intensive and advance gastro-intestinal and nutritional diagnostics since its inception, making the institute the perfect partner for Dr. Konturek in the Philippines.

Part of Dr. Konturek’s lectures in Manila on March 14 will include scientific advances and perspectives on the gut microbiota’s influence on people’s brain, mood, immunity, aging, and diseases; a special session on FMT, and practical gut health protocols. Having published over 250 original peer-reviewed publications and more than 15 book chapters, Dr. Konturek’s researches are focused on the impact of H.pylori infection in the pathogenesis of peptic ulcer disease and gastric cancer, pathogenesis of inflammatory bowel disease (IBD) and irritable bowel syndrome (IBS), and the role of microbiota in the gastrointestinal tract and interaction with the brain-gut-axis, among others.

Dr. Peter Konturek’s medical lecture titled “The Investigational New Drug in Your Gut: Advances in Gut Microbiota Science and Fecal Microbiota Transplant Therapy” will be held on March 14, 2017 (Tuesday), from 6 to 9 p.m., at  JY Halls A & B, Bayanihan Center, Unilab. For more information and seat reservation, please contact BioBalance Institute at (02) 8650-4858 or (0917) 521-4860, or e-mail info@biobalanceinstitute.com. Limited seats are available.

The Health Risks of Unmindful Vitamin Use
August 5th, 2021